"First of all we all feel sorry for Nicolai. He, like everybody else around us, has been looking so much forward to playing in front of our home crowd in Royal Arena, and I know he would have given everything to play the coming matches. Health will always come first, though, and he needs the time off to recover completely and come back stronger."

"We're bringing in some very qualified stand-ins, and together with the rest of the guys they will play as hard and tough as they've ever done before to represent the team and dev1ce during the coming weeks! Dennis is a top class player and I am really happy that he agreed to step in for BLAST Pro Series. I know Dennis very well and with him we get an aggressive player, a lot of firepower and one of the best pistol players on the market. You will see an even more determined Astralis than ever."

"I was very surprised that I was hospitalized in Oakland, and the flight home afterwards wasn't fun either. Right now I am feeling better, but I am going through a lot of testing still."

"The timing is really bad, and I was looking forward to play in front of the first home crowd we've had in Denmark, but health comes first and I'm sure I will get this opportunity another time. I wouldn't have been able to play to my own and everyone else's expectations and there was really no question whether I was going to play or not. The doctors are still running tests while they are unsure what is causing my symptoms, but for now I won't be playing. I'm really just looking forward to solving this so I can be back as soon as possible.I know the guys will play their hearts out in Royal Arena, and I will be watching and cheering from home." 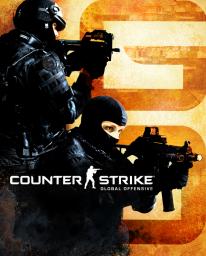