Added new character, The Scholar of the First Sin.

Choosing to enter the Covenant of Champions will now allow enemies to continue to respawn after being defeated.

Choosing to enter the Covenant of Champions will now cause enemies to inflict more damage to the player.

Players will gain access to a new item: The Agape Ring. When players equip the new Agape Ring, souls collected from kills during online play will be absorbed by the ring rather than the player. This allows players to control their online matchmaking experience by limiting their total souls collected.

The bonfire warp selection screen will now highlight the top three areas where players will have the best change to connect with other players online.

White phantoms will remain in other players' worlds for longer periods of time.

White phantoms will no longer return to their world if time runs out during a boss battle.

Made it easier for players to match online in general.

Made it so that invading players cannot use items which invite more enemies.

Players may now choose to cancel out the effect of the Human Effigy at bonfires.

When a player cannot take part in online play due to the effect of the Human Effigy, made it so that the player can still write signs. (They still cannot summon during this period.)

The Hush spell is now more effective on normal enemies.

Calibrations no longer saved each time before the title screen.

Fixed issue causing map name listed on save data and actual map name after loading to not match.

Made it possible to skip the ending sequence the 2nd time through and beyond.

Removed the blur effect used when looking through the binoculars.

Rouge Water, etc.: Fixed issue causing the user not to recover spell usages for spells only able to be used once.

Fixed Issue whereby the sign in the Iron Keep was not displayed as intended once the player spoke to Lucatiel of Mirrah in Harvest Valley.

Adjusted timing for Licia of Lindeldt to become the player's enemy.

To prevent invasion after defeating area bosses, made the Human Effigy effect function in this situation automatically.

Made it possible to get the reward items after defeating area bosses even if your inventory is full at the time. (Items will drop in front of the player.)

Made it possible to get the reward items after using Crushed Eye Orb and defeating Licia of Lindeldt even if your inventory is full at the time. (Items will drop in front of the player.)

In Black Gulch, made it possible to receive Forgotten Key after defeating a Giant when the player has 99 Souls of a Giant.

In Grand Cathedral, made it possible to still receive the item you are supposed to get when talking to Alsanna, Silent Oracle even if your inventory is full.

(Players will receive the rings as soon as space is opened in their inventory.)

Vanquish dark phantom when summoned as help by a Way of Blue host: Devotion to covenant up +1.
(Covenant "Rat King")

When invading, vanquish Blue Sentinel summoned as help: Devotion to covenant up +2. 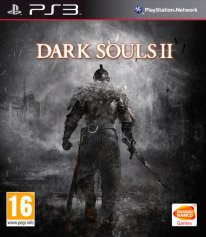