"If you go back and look at Alan Wake ten years ago you could see us talking about it about how we dabbled with the idea of driving around in a car in an open environment. You could see even then that desire to go in that direction," Kasurinen said.

"One way to tell a story is to create a rich world you can get to explore. When you look back at Alan Wake and Quantum Break, you can see we spent a lot of time looking at the shape of those worlds, the cities, towns, neat characters, maps. We spent a lot of time in crafting those universes, if you will. The gameplay is actually a linear story through those amazing, complicated worlds. In one way, it's a bit of a lost opportunity.

"I think they could have been bigger [games] easily. Alan Wake had a long history of development, but it was through years of events that it took the shape it took. A lot of concepts were created through that journey. It felt like there was this world of concept and complex storyline that was left aside. The key point that we learned from that experience is that the world building we do needs to connect with the gameplay. Gameplay needs to enable organic experiences and interactions with the world. We still want to create strong worlds, but the game should be crafted in such a way that allows this exploration." 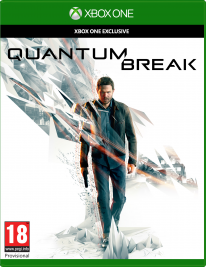