"When [PUBG] first came out - years ago now, I guess - the idea was to just sell a copy of the game, and it's going to be great, and that's that. A lot of the season stuff has been our internal thinking evolving over time. People have this idea that there's some animosity or something with Epic, but they're one of our best partners, we talk to them all the time," siger han til PCGamesN.

"While I think we can learn a little bit from how that's working over there, just like all games learn from each other, I don't think their model exactly works for us," siger Corrigan.

"We have a more high-intensity competitive game, we've got a functional esports programme that we're putting a lot of time into right now. I think maybe the way seasons will work for us is probably going to be a little bit different going forward, but I don't think we've really worked out all the details yet, to be honest."

"I guess what I'm trying to say is, it's not like we're taking the blueprint over there and trying to build a better photocopier. That's not it. If there's pieces that work for us, that's great, because we should learn from the best teachers across a lot of different games, but our formula is unique. That's something we understand, and we have to always remember: this PUBG formula is unique, there really is nothing else out there like it." 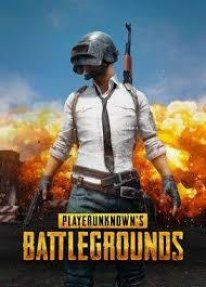