"We are a self-publishing game development studio owned by Take-Two Interactive located in the greater-Boston area. We're dedicated to making immersive story driven games for gamers that like a challenge. The studio was founded by a group of former Irrational Games developers that involved the development and release of many games, including but not limited to System Shock 2, BioShock and BioShock Infinite.

We're working on a new immersive sci-fi game with RPG elements. We haven't announced any details yet because we are still in later stages of production.

Come join an outstanding team of less than ~35 people that is committed to judging by quality, not arbitrary timeliness. We are known for having genuine open communication with a flat structure. You're welcome to join any meeting, walk up to (or Slack) anyone and have your voice heard. Team-based decision making is important to us, regardless of your position - every opinion counts and matters!

Please have played or at least be familiar with our legacy games System Shock 2, BioShock and BioShock Infinite. View this video from Ken Levine's 2014 GDC talk which explains some of the game we're working on, on a high level." 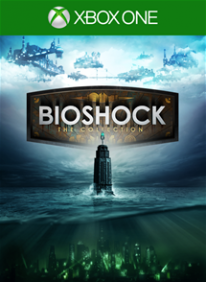